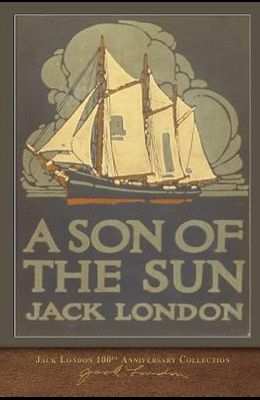 A Son of the Sun: 100th Anniversary Collection

Jack London books by SeaWolf Press were selected for sale by the Jack London Museum. A beautfiul version with the first edition cover and original illustrations. This edition is part of the 100th Anniversary Collection honoring the 100th anniversary of Jack London's death in 1916. In his short 20-year career, he produced more than 50 books. The text and illustrations in this collection are taken from his early publications and the covers are replicas of the first edition covers. Fonts common 100 years ago are used--Century for the text and Bembo on the cover. The book's original format is matched as much as possible. In addition to stories about the Yukon, Jack London also wrote a number of tales about the South Pacific, based on his trips there in the yacht he built, the Snark. The stories in this book follow an English adventurer and businessman, Captain David Grief, as he sails through the islands of the South Pacific in the first part of the 20th century. He has to deal with every sort of adventure and antagonist, from scoundrel to pirate to cannibal.