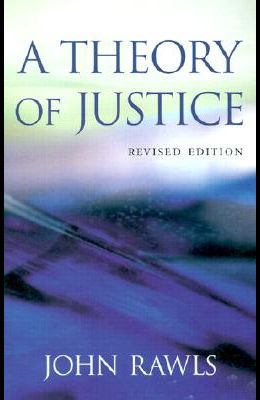 A Theory of Justice

Since it appeared in 1971, John Rawls's A Theory of Justice has become a classic. The author has now revised the original edition to clear up a number of difficulties he and others have found in the original book. Rawls aims to express an essential part of the common core of the democratic tradition--justice as fairness--and to provide an alternative to utilitarianism, which had dominated the Anglo-Saxon tradition of political thought since the nineteenth century. Rawls substitutes the ideal of the social contract as a more satisfactory account of the basic rights and liberties of citizens as free and equal persons. Each person, writes Rawls, possesses an inviolability founded on justice that even the welfare of society as a whole cannot override. Advancing the ideas of Rousseau, Kant, Emerson, and Lincoln, Rawls's theory is as powerful today as it was when first published.

From the Back Cover Each person writes John Rawls, possesses an inviolability founded on justice that even the welfare of society as a whole cannot override. Therefore in a just society the rights secured by justice are not subject to political bargaining or to the calculus of social interests. In this book Mr. Rawls attempts to account for these propositions, which he believes express our intuitive convictions of the primacy of justice. The principles of justice he sets forth are those that free and rational persons would accept in an initial position of equality. In this hypothetical situation, which corresponds to the state of nature in social contract theory, no one knows his or her place in society; his or her class position or social status; his or her fortune in the distribution of natural assets and abilities; his or her intelligence, strength, and the like; or even his or her conception of the good. Thus, deliberating behind a veil of ignorance, people determine their rights and duties. The first, theoretical, section of the book addresses objections to the theory and alternative positions, especially utilitarianism. The author then applies his theory to the philosophical basis of the constitutional liberties, the problem of distributive justice, and the definition of the ground and limits of political duty and obligation. He includes here discussion of the issues of civil disobedience and conscientious objection. Finally, he connects the theory of justice with a doctrine of the good and of moral development. This enables him to formulate a conception of society as a social union of social unions and to use the theory of justice to explain the values of community. Since the appearance ofthe book in 1971, A Theory of Justice has been translated into 23 languages. Revisions to the original English text have been included in translations since 1975. This new English edition incorporates all those revisions, which the author considers to be significant improvements, especially to the discussions of liberty and primary goods. The Preface for the Revised Edition discusses the revisions in some detail.