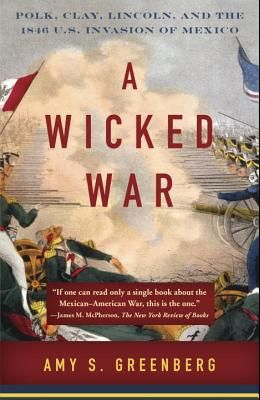 Often forgotten and overlooked, the U.S.-Mexican War featured false starts, atrocities, and daring back-channel negotiations as it divided the nation, paved the way for the Civil War a generation later, and launched the career of Abraham Lincoln. Amy S. Greenberg's skilled storytelling and rigorous scholarship bring this American war for empire to life with memorable characters, plotlines, and legacies. This definitive history of the 1846 conflict paints an intimate portrait of the major players and their world. It is a story of Indian fights, Manifest Destiny, secret military maneuvers, gunshot wounds, and political spin. Along the way it captures a young Lincoln mismatching his clothes, the lasting influence of the Founding Fathers, the birth of the Daughters of the American Revolution, and America's first national antiwar movement. A key chapter in the creation of the United States, it is the story of a burgeoning nation and an unforgettable conflict that has shaped American history.