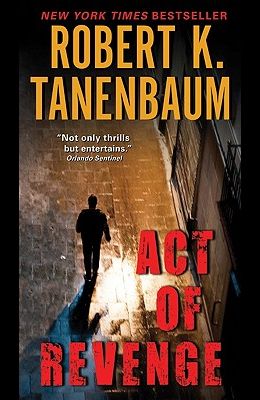 Tanenbaum is one lawyer who can write with the best of them. --Joseph Wambaugh, New York Times bestselling author of Hollywood Hills Tanenbaum is one hell of a writer. -- New York Post He has become a master of this genre, and Act of Revenge may be his most exciting and best effort to date. --Vincent Bugliosi, New York Times bestselling author of Helter Skelter A classic, pulse-pounding thriller from the legendary Robert K. Tanenbaum, Act of Revenge plunges the popular author's long-running series protagonists, New York City Chief Assistant District Attorney Butch Karp and family, into the lethal heart of a bloody turf war between the Mafia and ruthless Chinese gangsters. An elite member of America's contemporary crime fiction and thriller royalty--a master whose work stands tall among the novels of John Sanford, Lee Child, Robert Crais, and Brad Meltzer--Tanenbaum entertains magnificently, displaying true storytelling muscle with Act of Revenge.

From the Back Cover To Butch Karp--a chief assistant district attorney with a formidable reputation as a brilliant and fearless prosecutor--the brutal assassination of Bollano family capo Ed Catalano appears to be a continuation of old-style wars between Mob families. But Willie Lie, leader of a Chinese gang called the White Dragons, insists that he and his cohorts were involved. The case is further complicated by an unscrupulous and ambitious U.S. attorney looking to use the Mob murder to advance his political career. And when Karp's twelve-year-old daughter witnesses a Chinatown gang slaying, she suddenly becomes a target herself. But his child isn't the only loved one threatened. Karp's wife, Marlene--a private security consultant specializing in protecting stalked and abused women--is delving perilously into the decades-old death of a notorious Mob lawyer. And as their two investigations intertwine, Karp and Marlene must race to find answers before two of New York's most dangerous criminal organizations turn an unsuspecting city into a bloody battleground.

Books similiar to Act of Revenge