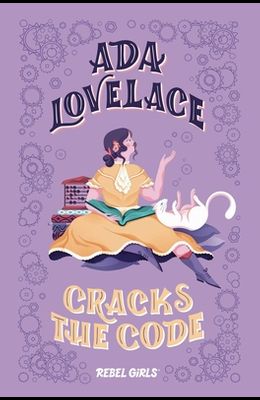 by
Rebel Girls and Marina Muun

From the world of Good Night Stories for Rebel Girls comes a story based on the exciting adventures of Ada Lovelace: one of the world's first computer programmers. Growing up in nineteenth century London, England, Ada is curious about absolutely everything. She is obsessed with machines and with creatures that fly. She even designs her own flying laboratory According to her mother, Ada is a bit too wild, so she encourages Ada to study math. At first Ada thinks: Bleh Who can get excited about a subject without pictures? But she soon falls in love with it. One day she encounters a mysterious machine, and from that moment forward Ada imagines a future full of possibility--one that will eventually inspire the digital age nearly two hundred years later. Ada Lovelace Cracks the Code is the story of a pioneer in the computer sciences, and a testament to women's invaluable contributions to STEM throughout history. Includes additional text on Ada Lovelace's lasting legacy, as well as educational activities designed to teach simple coding and mathematical concepts.