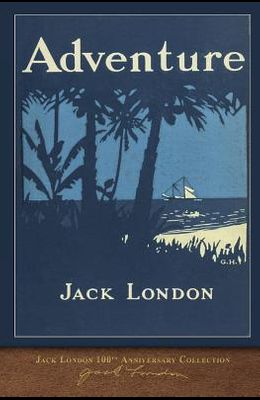 Jack London books by SeaWolf Press were selected for sale by the Jack London Museum. A beautfiul version with the first edition cover. This edition is part of the 100th Anniversary Collection honoring the 100th anniversary of Jack London's death in 1916. In his short 20-year career, he produced more than 50 books. The text and illustrations in this collection are taken from his early publications and the covers are replicas of the first edition covers. Fonts common 100 years ago are used--Century for the text and Bembo on the cover. The book's original format is matched as much as possible. Set in the Solomon Islands, Adventure is a penetrating portrayal of colonialism and slavery on a copra plantation at the end of the nineteenth century. Fighting local cannibals as well as unforgiving nature, the main character runs the plantation with an iron will. A strong and independent woman arrives to further add to the problems. The book has many racial undertones resulting in scholarly debate as to whether the author approved it, or was just accurately recording what went on.