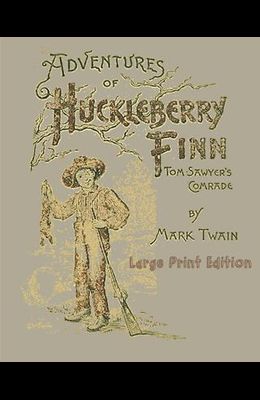 Adventures of Huckleberry Finn is the great classic work by Mark Twain. However it has suffered from one thing: The inclusion of the N-word. Because of this terrible, horrible, unspeakable word, many school libraries refuse to carry this book. Children are discouraged from reading this book. This book has been banned many, many times. Right now this book is banned in many counties of Virginia, all because of one word: The N-word. It is simply not true that the N-word was not such as bad word back in 1884 when this book was published. The N-word has always been a bad word. Rather, the question is why is the N-word such a bad word. The N-word is universal. I have heard the N-word used by the local people in Japan, Russia, Sweden and many other countries. It is more common in those other countries than in the USA. Americans know it is not polite to use the N-word so we do not use it. Europeans are not under such a constraint. The N-word appears 214 times in Adventures of Huckleberry Finn. Mark Twain's idea was to write in the vernacular used by the common people. Perhaps he did not fully realize that by using this one word he would so severely hurt the sales of this book, causing it to be banned in some places. Huckleberry Finn is a good kid in spite of having no education. The plot is: Huck wants to help his friend Jim escape from slavery. Jim is running away because he overheard Miss Watson planning to sell him South for eight hundred dollars. Jim wants to escape to Ohio, To accomplish this, Huck with Jim sails down the Mississippi River on a make-shift raft. The author does not seem to explain how he hopes to bring about Jim's freedom. According to the infamous Dred Scott decision by the United States Supreme Court, this would never gain Jim his freedom. A better plan would have been to sail up the Ohio River if that was possible to reach areas where slavery had been abolished.