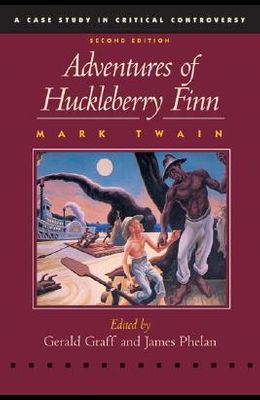 by
Mark Twain and Gerald Graff and James Phelan

Like its popular predecessor, this critical edition is designed for teaching the conflicts surrounding Mark Twain's classic novel. It reprints the 1885 text of the first American edition (with a portfolio of illustrations) along with critical essays representing major critical and cultural controversies surrounding the work. The novel and essays are supported by distinctive editorial material -- including introductions to critical conflict in literary studies, to Twain's life and work, and to each critical controversy highlighted in this edition -- that helps students grapple not only with the novel's critical issues but also with cultural debates about literature itself. In addition to several new critical essays, the second edition includes an appendix on how to argue about the novel so that students may more effectively enter the critical conversation about its issues.