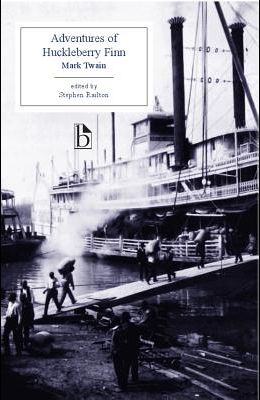 Book #2 in the Adventures of Tom and Huck Series
by
Mark Twain and Stephen Railton
$4.46
Select Format

From the Back Cover From its first appearance onward, Adventures of Huckleberry Finn has been both praised and condemned, enshrined as one of the world's great novels and banned from libraries and classrooms. This new edition is designed to enable modern readers to explore the sources of its greatness, and also to take a fresh, open-minded look at the source of the current controversy about its place in the canon: its representation of race and slavery. Based on the first American edition of 1885, this Broadview Edition includes all 174 original illustrations by E.W. Kemble. Appendices include contemporary reviews, passages deleted from the original manuscript, advertisements for the book, and a range of materials, from newspaper articles to minstrel show scripts to contemporary fiction, showing how race and slavery were depicted in the larger culture at the time.