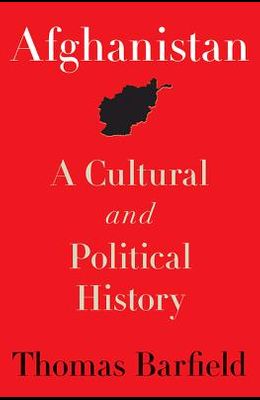 Afghanistan: A Cultural and Political History

Afghanistan traces the historic struggles and the changing nature of political authority in this volatile region of the world, from the Mughal Empire in the sixteenth century to the Taliban resurgence today. Thomas Barfield introduces readers to the bewildering diversity of tribal and ethnic groups in Afghanistan, explaining what unites them as Afghans despite the regional, cultural, and political differences that divide them. He shows how governing these peoples was relatively easy when power was concentrated in a small dynastic elite, but how this delicate political order broke down in the nineteenth and twentieth centuries when Afghanistan's rulers mobilized rural militias to expel first the British and later the Soviets. Armed insurgency proved remarkably successful against the foreign occupiers, but it also undermined the Afghan government's authority and rendered the country ever more difficult to govern as time passed. Barfield vividly describes how Afghanistan's armed factions plunged the country into a civil war, giving rise to clerical rule by the Taliban and Afghanistan's isolation from the world. He examines why the American invasion in the wake of September 11 toppled the Taliban so quickly, and how this easy victory lulled the United States into falsely believing that a viable state could be built just as easily. Afghanistan is essential reading for anyone who wants to understand how a land conquered and ruled by foreign dynasties for more than a thousand years became the graveyard of empires for the British and Soviets, and what the United States must do to avoid a similar fate.

From the Back Cover This fascinating survey of Afghanistan is an excellent book for those wanting to go beyond headlines. Written by an expert, with the stylistic flair to be savored by the nonexpert, Afghanistan also has judgments worthy of scholarly reflection. Barfield has captured political, social, and cultural insights of extraordinary importance to the policy arguments of today and tomorrow. Deploying diplomats, soldiers, and aid workers in particular should pay attention. --Ronald E. Neumann, U.S. ambassador to Afghanistan, 2005-2007 Barfield's book will become the single best source on Afghan history and politics virtually overnight. His deep knowledge of Afghanistan enables him to range widely and knit together a very coherent narrative with a conceptual clarity that is pretty rare. A great deal of learning is evident here, but Barfield wears it lightly. --James C. Scott, author of Seeing Like a State Barfield's book is an excellent general introduction to the country and will be a source of wider debate within and beyond the scholarly community. I am not aware of a history of this kind that explores governance and state legitimacy as its organizing themes. --Magnus Marsden, author of Living Islam: Muslim Religious Experience in Pakistan's North-West Frontier