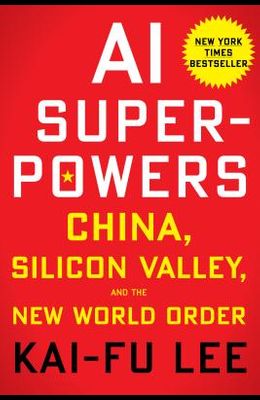 The United States has long been the leader in Artificial Intelligence. But Dr. Kai-Fu Lee--one of the world's most respected experts on AI--reveals that China has caught up to the US at an astonishingly rapid pace. As Sino-American competition in AI heats up, Lee envisions China and the US forming a powerful duopoly in AI. He outlines the upheaval of traditional jobs, how the suddenly unemployed will find new ways of making their lives meaningful, and how the Chinese and American governments will have to cope with the changing economic landscape. Most people know that the United States has been a true pioneer in the field of Artificial Intelligence, and that American technology has led the way for a long, long time. Dr. Kai-Fu Lee reveals how China has caught up to the United States at an astonishingly rapid pace. In addition, Sino-American competition in this area will lead to all sorts of unexpected economic developments in the way our two societies and cultures change and grow. Building upon his much-heralded New York Times Op-Ed from June 2017, Dr. Lee predicts that Chinese and American AI will become the dominant force in world politics and economics, with stunning impact on both traditional blue-collar industries as well as white-collar professions. Dr. Lee--who is a native of China but was educated in America--argues powerfully that these unprecedented developments will happen alarmingly soon and he cautions about the truly dramatic social upheaval they will unleash.

List of All Editions of AI Superpowers: China, Silicon Valley, and the New World Order