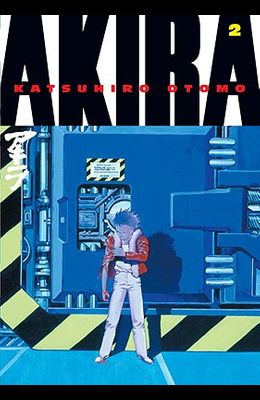 Book #2 in the Akira: 6 Volumes Series
by
Katsuhiro Otomo

Set in 2030 in the aftermath of World War III, this graphic novel begins as Neo-Tokyo rises from the ashes of Tokyo. The monstrous telekinetic power known only as Akira, frozen beneath the city, is the obsession of an angry young man named Tesuo, who plans to confront Akira face-to-face. Illustrations.