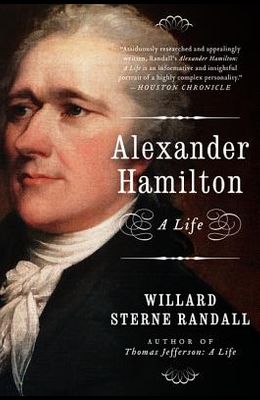 From his less than auspicious start in 1755 on the Caribbean Island of Nevis to his untimely death in a duel with his old enemy Aaron Burr in 1804, Alexander Hamilton, despite his short life, left a huge legacy. Orphaned at thirteen and apprenticed in a counting house, Hamilton learned principles of business that helped him create the American financial system and invent the modern corporation. But first the staunch, intrepid Hamilton served in the American Revolution, acting as General Washington's spymaster. Forging a successful legal career, Hamilton coauthored the Federalist Papers and plunged into politics. Irresistibly attractive, he was a man of many gifts, but he could be arrogant and at times a poor judge of character. In this meticulously researched, illuminating, and lively account, Willard Sterne Randall explores Hamilton's life--his illegitimate birth, little-known military activities, political and diplomatic intrigues, and scandalous affairs--and its indelible impact on modern America.

List of All Editions of Alexander Hamilton: A Life