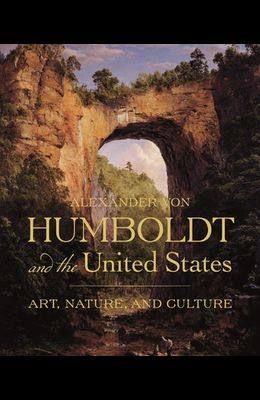 The enduring influence of naturalist and explorer Alexander von Humboldt on American art, culture, and politics Alexander von Humboldt (1769-1859) was one of the most influential scientists and thinkers of his age. A Prussian-born geographer, naturalist, explorer, and illustrator, he was a prolific writer whose books graced the shelves of American artists, scientists, philosophers, and politicians. Humboldt visited the United States for six weeks in 1804, engaging in a lively exchange of ideas with such figures as Thomas Jefferson and the painter Charles Willson Peale. It was perhaps the most consequential visit by a European traveler in the young nation's history, one that helped to shape an emerging American identity grounded in the natural world. In this beautifully illustrated book, Eleanor Jones Harvey examines how Humboldt left a lasting impression on American visual arts, sciences, literature, and politics. She shows how he inspired a network of like-minded individuals who would go on to embrace the spirit of exploration, decry slavery, advocate for the welfare of Native Americans, and extol America's wilderness as a signature component of the nation's sense of self. Harvey traces how Humboldt's ideas influenced the transcendentalists and the landscape painters of the Hudson River School, and laid the foundations for the Smithsonian Institution, the Sierra Club, and the National Park Service. Alexander von Humboldt and the United States looks at paintings, sculptures, maps, and artifacts, and features works by leading American artists such as Albert Bierstadt, George Catlin, Frederic Church, and Samuel F. B. Morse. Published in association with the Smithsonian American Art Museum, Washington, DC Exhibition Schedule Smithsonian American Art Museum, Washington, DC March 20-August 16, 2020 Delayed ]

0
|   0  reviews
Did you read Alexander Von Humboldt and the United States: Art, Nature, and Culture? Please provide your feedback and rating to help other readers.
Write Review

List of All Editions of Alexander Von Humboldt and the United States: Art, Nature, and Culture