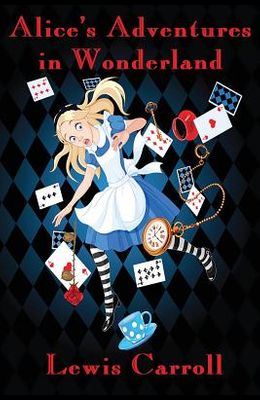 Alice's Adventures in Wonderland is one of the most beloved children's book of all times. You and your family will treasure it for years to come. Considered to be one of the best examples of the literary nonsense genre, its narrative course and structure, characters and imagery have been enormously influential in both popular culture and literature, especially in the fantasy genre. 'Who are you?' said the Caterpillar. This was not an encouraging opening for a conversation. Alice replied, rather shyly, 'I-I hardly know, sir, just at present- at least I know who I was when I got up this morning, but I think I must have been changed several times since then.' With ten wonderfully delightful original illustrations.