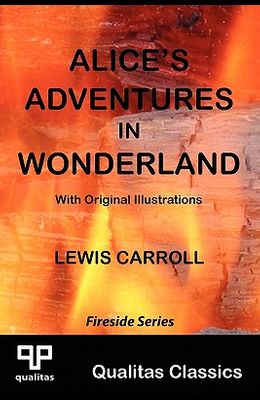 Alice's Adventures in Wonderland (often shortened to Alice in Wonderland) follows the strange adventures of a girl named Alice who falls down a rabbit hole into a fantasy world full of peculiar, yet engaging, creatures. Many of these characters, including the White Rabbit, Cheshire Cat, Mad Hatter, and March Hare, have achieved literary fame and are known to almost all of us. The story involves many logic games and examples of literary nonsense. Popular with adults and children alike, it is a giant in the fantasy genre. This publication of Alice's Adventures in Wonderland includes the original illustrations by Sir John Tenniel and is part of the Qualitas Classics Fireside Series, where pure, ageless classics are presented in clean, easy to read reprints. For a complete list of titles, see: http: //www.qualitaspublishing.co