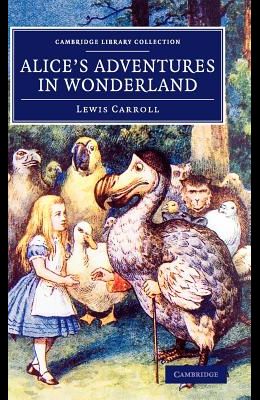 Book #2 in the Alice's Adventures in Wonderland Series
by
Lewis Carroll and John Tenniel
$68.50
Select Format

An accomplished mathematician and photographer, Charles Lutwidge Dodgson (1832-98), writing under the pseudonym Lewis Carroll, transformed children's literature with this world-famous classic. First published in 1865, this tale of the topsy-turvy was originally created to entertain the young Alice Liddell and her sisters during a picnic in the summer of 1862. The humour with which Dodgson enlivened his mathematical works is exploited to the full here: many of the now-familiar nonsense songs and poems in the story are parodies of contemporary works, and there are a number of allusions to mathematical concepts in the text. The illustrations by Punch cartoonist Sir John Tenniel (1820-1914) depict the cast of much-loved characters - including the White Rabbit, the Cheshire Cat and the Mad Hatter - with a brilliance which perfectly enhances Dodgson's gently satirical fantasy. In its universal appeal, the story remains unsurpassed.