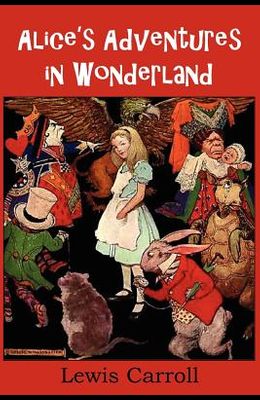 Alice's Adventures in Wonderland tells the story of Alice who falls down a rabbit hole into a fantasy world populated by peculiar creatures. It plays with logic and is considered to be one of the best examples of the literary nonsense genre. Lewis Carroll (Charles Lutwidge Dodgson), was an English author, mathematician, logician, Anglican deacon and photographer. His most famous writings are Alice's Adventures in Wonderland and its sequel Through the Looking-Glass, as well as the poems, are all examples of literary nonsense. He is noted for his facility at word play, logic, and fantasy, and there are societies dedicated to the enjoyment and promotion of his works and the investigation of his life in many parts of the world.