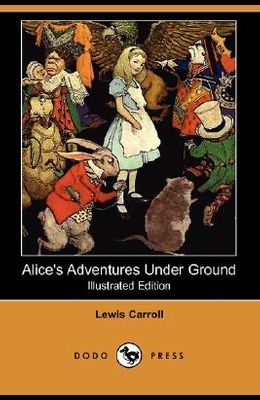 Charles Lutwidge Dodgson (1832-1898), better known by the pen name Lewis Carroll, was an English author, mathematician, logician, Anglican clergyman and photographer. From a young age, Dodgson wrote poetry and short stories, sending them to various magazines and enjoying moderate success. Most of this output was humourous, sometimes satirical, but his standards and ambitions were exacting. His facility at word play, logic, and fantasy has delighted audiences ranging from children to the literary elite, and beyond this his work has become embedded deeply in modern culture, directly influencing many artists. His most famous writings are Alice's Adventures in Wonderland (1865) and its sequel Through the Looking-Glass (1871) as well as the poems The Hunting of the Snark (1876) and Jabberwocky (1871). Alice's Adventures in Wonderland is a work of nonsense literature, which tells the story of a girl named Alice who falls down a rabbit-hole into a fantasy realm populated by grotesque figures like talking playing cards and anthropomorphic creatures.