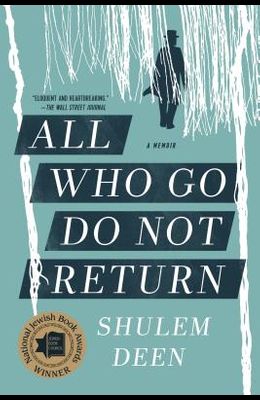 All Who Go Do Not Return: A Memoir

A moving and revealing exploration of ultra-Orthodox Judaism and one man's loss of faith Shulem Deen was raised to believe that questions are dangerous. As a member of the Skverers, one of the most insular Hasidic sects in the US, he knows little about the outside world--only that it is to be shunned. His marriage at eighteen is arranged and several children soon follow. Deen's first transgression--turning on the radio--is small, but his curiosity leads him to the library, and later the Internet. Soon he begins a feverish inquiry into the tenets of his religious beliefs, until, several years later, his faith unravels entirely. Now a heretic, he fears being discovered and ostracized from the only world he knows. His relationship with his family at stake, he is forced into a life of deception, and begins a long struggle to hold on to those he loves most: his five children. In All Who Go Do Not Return , Deen bravely traces his harrowing loss of faith, while offering an illuminating look at a highly secretive world.