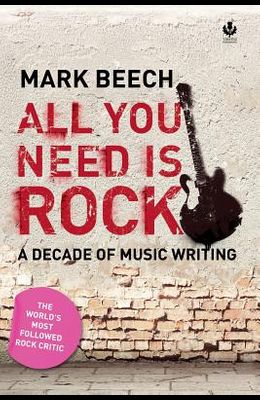 All You Need Is Rock

THE BEST COLUMNS WRITTEN OVER A DECADE The interviews include Sting, Steve Miller, Brian Eno, Adam Ant, Steve Van Zandt, Mary Wilson and Kevin Rowland. Mark Beech recounts how he rubbed shoulders with Amy Winehouse and Kanye West backstage and at secret gigs. There's a constant reassessing of reputations as stars' personal lives and music collide. The passing of Winehouse, Michael Jackson and more lead to candid commentaries on what their legacy will be, spiced up with inside knowledge, humor and Beech's knowledge of music as evidenced in his previously released name encyclopedias. Stars getting the most attention include the Beatles, Elvis Presley, U2, Lady Gaga, Madonna, Nirvana, Led Zeppelin and the Arctic Monkeys. Beech was among the first to publish reviews from the Led Zeppelin reunion concert at the O2 in London in 2007 (where more than a million people applied for only 20,000 tickets). He provides front-seat accounts of the very first show at the start of tours by the Rolling Stones, Madonna, Prince, the Police and (for comic contrast) the Spice Girls.