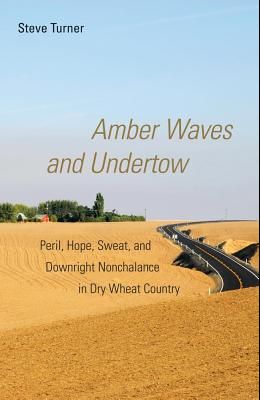 Adams County, Washington, is home to farmlands on the Columbia Plateau that produce more crops than might be expected of its semiarid soils. But while unique in its geography and history, it also faces many of the problems confronting farmers throughout rural America. Seasoned journalist Steve Turner, having spent time in Adams County as a young harvest hand, returned to the region to portray farm life and history in a land where change is a subtle but powerful constant. Amber Waves and Undertow interweaves family narratives, historical episodes, and Turner's own experiences to illuminate the transformation of rural America from the nineteenth to the twenty-first century. Whether distilling the lore of wheat and potato agriculture or describing action at a combine demolition derby, Turner celebrates both the usual and the unusual among the local residents. He blends stories of pioneer settlers with vignettes of present-day life, introducing readers to the characters--the hardworking and the eccentric, the old-timers and the Latino newcomers--who populate this corner of America. In the mode of John McPhee and Wendell Berry, Turner's lyrical prose conveys his affection for both the land and its inhabitants. Amber Waves and Undertow is a thoughtful depiction of an exceptional place that puts the difficulties of individual farmers in national and global contexts, showing us that only by understanding the past of rural America can we confront its future challenges.