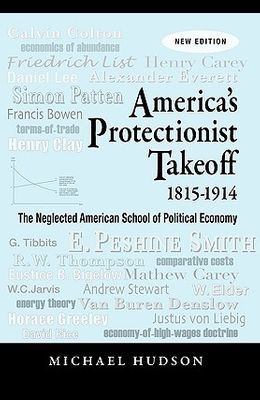 The contribution of the American School of Political Economy (1848 to 1914) to America's wildly successful industrial development has disappeared from today's history books. American protectionists and technology theorists of the day were concerned with securing an economic competitive advantage and conversely, with offsetting the soil depletion of 19th century America's plantation export agriculture. They also emphasized the positive effect of rising wage levels and living standards on the productivity that made the American economic takeoff possible. The American School's Economy of High Wages doctrine stands in contrast to the ideology of free traders everywhere who accept low wages and existing productivity as permanent and unchanging givens, and who treat higher consumption, health and educational standards merely as deadweight costs. Free trade logic remains the buttress of today's financial austerity policies imposed on debtor economies by the United States, the World Bank, and the International Monetary Fund. By contrast, the lessons of the American School of Political Economy can provide a more realistic and positive role model for other countries to emulate - what the United States itself has done, not what its condescending free-trade diplomats are telling them to do. The lesson is to adopt the protectionist policies of the late 19th and early 20th centuries that made America an economic superpower. Michael Hudson (Distinguished Professor of Economics, University of Missouri, Kansas City) is a frequent contributor to The Financial Times, Counterpunch, and Global Research.