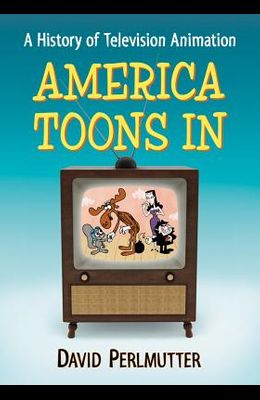 America Toons in: A History of Television Animation

Animation has been part of television since the start of the medium but it has rarely received unbiased recognition from media scholars. More often, it has been ridiculed for supposedly poor technical quality, accused of trafficking in violence aimed at children, and neglected for indulging in vulgar behavior. These accusations are often made categorically, out of prejudice or ignorance, with little attempt to understand the importance of each program on its own terms. This book takes a serious look at the whole genre of television animation, from the early themes and practices through the evolution of the art to the present day. Examining the productions of individual studios and producers, the author establishes a means of understanding their work in new ways, at the same time discussing the ways in which the genre has often been unfairly marginalized by critics, and how, especially in recent years, producers have both challenged and embraced this marginality as a vital part of their work. By taking seriously something often thought to be frivolous, the book provides a framework for understanding the persistent presence of television animation in the American media--and how surprisingly influential it has been.

Books similiar to America Toons in: A History of Television Animation

List of All Editions of America Toons in: A History of Television Animation