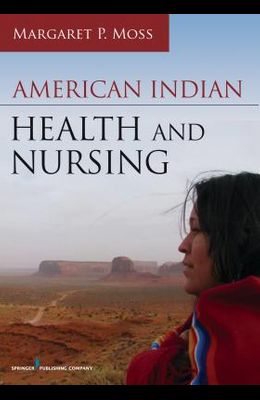 A]n extraordinary textbook that addresses the historical and national impact of healthcare and nursing on the American Indian... Although written for nurses, the usefulness of this healthcare textbook extends far beyond this professional practice. Anyone who wants to understand how healthcare is delivered to the American Indian population will be become well informed while immersed in this text. In this day of indigenizing the academy, including nursing, this textbook would be an excellent resource in Native Studies, Sociology, Psychology, Medicine, or Education. --Karen Doty-Sweetnam, Department of Psychiatric Nursing, Faculty of Health Studies, Brandon University, The Canadian Journal of Native Studies The first book to examine the profound disparities in American Indian health, and how they can be remedied, through a nursing lens The average life expectancy of a male born on the Pine Ridge reservation in South Dakota today is somewhere in the mid-40s'the lowest life expectancy of all peoples not only in the United States but the entire Western Hemisphere. Written by and for nurses, this is the first text to focus exclusively on American Indian health and nursing. In fact, it is likely the only nursing book to even mention American Indian health as a distinct entity. The text addresses the profound disparities in policy, health care law, and health outcomes that affect American Indians, and describes how these disparities, woven into the cultural, environmental, historical, and geopolitical fabric of American Indian society, are responsible for the marked lack of well-being among American Indians. American Indian nurse authors, natives of nine unique American Indian cultures, address the four domains of health' physical, mental, spiritual, and emotional' within each region to underscore the many stunning inequalities of opportunity for health and well-being within the American Indian culture compared with Anglo culture. In an era of cultural competency, these expert nurse authors bring awareness of what is perhaps the least understood minority population in the United States. The text covers the history of American Indians with a focus on the drastic changes that occurred following European contact. Included are excerpts from relevant journal articles, historical reports, interviews with tribal health officials, and case studies. The book addresses the roots of American Indian nursing, including coverage of indigenous knowledge and traditional approaches to health and healing. It examines current issues surrounding American Indian nursing, nursing education, and health care within 10 distinct American Indian cultural populations, including a crucial discussion of the health care needs of American Indians living in urban areas. KEY FEATURES: Focuses exclusively on American Indian health and nursing' the first book to do so Written by American Indian nurses Covers four domains of health: physical, mental, spiritual, and emotional Highlights nine specific cultural areas spanning Indian Country, each with its own unique history and context, with urban spaces as a final area

Other social, ethical & legal issues books you might enjoy