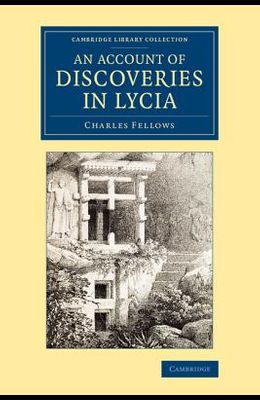 The traveller and archaeologist Sir Charles Fellows (1799 1860) made several trips through Asia Minor. This work, first published in 1841, is an account of the second of these journeys, recording his careful observations of the places he visited in 1840. During his first trip in 1838 he had seen the ruins of ancient cities that were hardly known to Europeans at that time, and he soon returned to focus his attention on Lycia. Fellows provides here a lively narrative of his discoveries, along with his own detailed drawings and many inscriptions in ancient Greek. His publications generated significant interest, fuelling the British Museum's desire to acquire antiquities from the region. Fellows was later knighted for his role in these acquisitions, though controversy surrounds their removal. The journal of his first trip, and his later work The Xanthian Marbles (1843), are also reissued in this series.