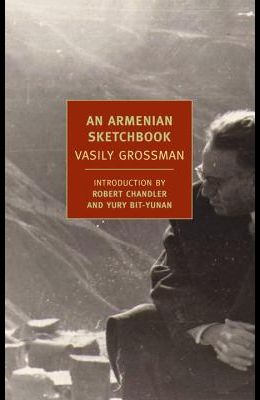 by
Vasily Grossman and Robert Chandler

An NYRB Classics Original Few writers had to confront as many of the last century's mass tragedies as Vasily Grossman, who wrote with terrifying clarity about the Shoah, the Battle of Stalingrad, and the Terror Famine in the Ukraine. An Armenian Sketchbook , however, shows us a very different Grossman, notable for his tenderness, warmth, and sense of fun. After the Soviet government confiscated--or, as Grossman always put it, arrested-- Life and Fate , he took on the task of revising a literal Russian translation of a long Armenian novel. The novel was of little interest to him, but he needed money and was evidently glad of an excuse to travel to Armenia. An Armenian Sketchbook is his account of the two months he spent there. This is by far the most personal and intimate of Grossman's works, endowed with an air of absolute spontaneity, as though he is simply chatting to the reader about his impressions of Armenia--its mountains, its ancient churches, its people--while also examining his own thoughts and moods. A wonderfully human account of travel to a faraway place, An Armenian Sketchbook also has the vivid appeal of a self-portrait.