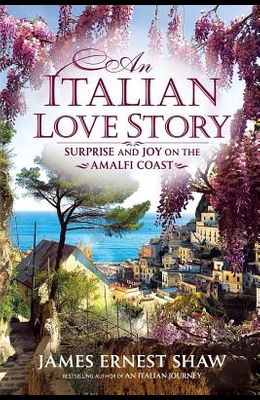 An Italian Love Story: Surprise and Joy on the Amalfi Coast

It's April in Italy and the Journey of a Lifetime has just begun. After two weeks at sea the MS Oosterdam docked in Civitavecchia, Italy. Among the shipboard romantics was a not-so-young couple on their much-delayed honeymoon. Approaching their forty-sixth wedding anniversary, they had their hearts set on an Italian adventure they would have loved to have taken earlier in their marriage, but matters of making a living, making a life, and raising children kept them from getting away together. The surprises began before they got out of the harbor. Their Two for the Road adventure began as inauspiciously as Joanna and Mark's in that insightful 1967 film about marriage--walking along the side of a highway trailing suitcases and wishing someone would come along and save them from themselves. Mardi and James survived that misadventure thanks to the kindness of an Italian bus driver who went out of his way to deliver them where they needed to go. It was but the first of many times in their journey that the kindness of strangers and the everpresent Italian penchant for hospitality overwhelmed them. They called their wanderings Pinball Traveling Letting the beauty and people of Italy guide their journey. They traveled with no firm itinerary. If they saw something they liked, they had the freedom to explore it. If someone extended a hand of friendship, they had the opportunity to accept it. Mysteries abound in this life--and their sojourn in southern Italy and the warm-hearted Italians they met gave Mardi and James thankful eyes to take a fresh look at their high-spirited marriage. An Italian Love Story will inspire you to take your own journey of a lifetime--which may, as it did for Mardi and James, bring you face-to-face with not only the incredible warmth of the Italian people and the intoxicating beauty of Italy, but also to the perplexing mysteries of your own life. Buon Viaggio