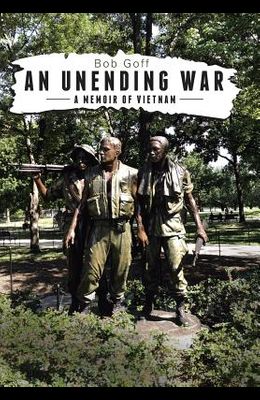 An Unending War: A Memoir of Vietnam

This story is about the war in Vietnam from April 1967 to April 1968, as seen and experienced through the eyes of a young infantry sergeant. It is a story that is punctuated with personal accounts of ambushes, booby traps, and battles that involved his unit. It is about the struggle of dealing with PTSD even before it was an official diagnosis and, after, being haunted in his sleep by dreams of ambushes and the cries of the wounded. It's a heartfelt story that's emotional and exciting, one that will most certainly give you the feeling of being on the ground with these troops as they fight to stay alive. It is a story of the heartbreak of losing friends to enemy actions in the heat of combat. It is about the struggle of processing these losses, some of which have lasted fifty years, some that he will take to the grave.