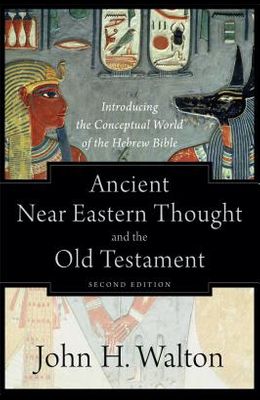 Ancient Near Eastern Thought and the Old Testament: Introducing the Conceptual World of the Hebrew Bible

Leading evangelical scholar John Walton surveys the literature of the ancient Near East, bringing insight to the interpretation of specific Old Testament passages. This new edition of a top-selling textbook has been thoroughly updated and revised throughout to reflect the refined thinking of a mature scholar. It includes over 30 illustrations. Students and pastors who want to deepen their understanding of the Old Testament will find this a helpful and instructive study.

From the Back Cover John Walton surveys the cultural context of the ancient Near East, bringing insight to the interpretation of specific Old Testament passages. This new edition has been thoroughly updated and revised throughout. Anyone seeking a better understanding of how the Hebrew Bible achieved its singular vision of the divine and forged a language that still speaks to many today should welcome this second edition of John Walton's book. It delivers succinct presentations of major literary achievements among neighboring cultures even as it clarifies the many ways Israel shaped individual meanings and teachings from or against them. -- Jack M. Sasson , Vanderbilt University (emeritus) This is an amazing book. It takes the reader on a tour of the world of the Bible in a way that makes ancient texts come alive. Everything that matters is here, and Walton is the teacher we would all love to have. Unmatched for clarity of thought and power of presentation, this classic introduction to ancient Near Eastern culture is now available in an updated edition. -- Karel van der Toorn , University of Amsterdam This new edition of Ancient Near Eastern Thought and the Old Testament is a most welcome tool for scholars and students. The first edition was a valuable textbook for use in courses on the Bible and its ancient Near Eastern background, and this second edition enhances its value. Walton introduces a wide range of comparable material between the Hebrew Bible and the ancient Near East in concepts such as religion, literature, rulers and their cities, and more. The book offers students a clear-cut description of the most important parts of the intellectual life of the ancient world in which Israel was immersed. -- Ada Taggar-Cohen , Doshisha University Walton's new book is a godsend. Particularly to be recommended are the methodological comments, which are a must-read for the beginner. The new book replaces an older edition over which it is infinitely superior. Well worth the investment. -- JoAnn Scurlock , president, Chicago Society for Biblical Research