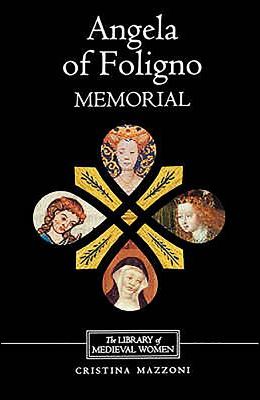 Angela of Foligno is considered by many as the greatest mystical voice among Italian medieval women. She devoted herself to a relentless pursuit of God when as a middle-aged woman she lost her mother, husband and children; illiterate herself, she dictated her experiences to her confessor, who transcribed her words into Latin as the Memorial. In a direct and vigorous style, it tells of her suffering, visions, joy, identification with Christ, and finally her mystical union with God. However, her book has always been viewed with suspicion, indeed even bordering on heresy; her spirituality goes beyond conventional language as well as beyond accepted doctrines and modes of prayer. This annotated selection from the Memorial is preceded by a biographical introduction which places Angela's text in its historical, cultural, and spiritual context; the accompanying interpretive essay which follows compares Angela's experience with that of twentieth-century Christian feminist theologians. The volume is completed with an annotated bibliography. CRISTINA MAZZONI is Professor and Chair, Department of Romance Languages and Linguistics at the University of Vermont.

Library of Medieval Women Series In Order - By Cristina Mazzoni