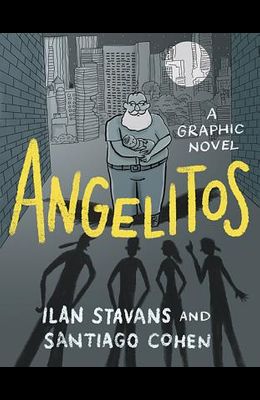 From internationally renowned Ilan Stavans, in collaboration with award-winning illustrator Santiago Cohen, comes Angelitos: A Graphic Novel , an explosive new graphic novel about a college student and his interactions with Padre Chinchachoma, a charismatic Catholic priest who devotes himself to rescuing homeless children in Mexico. Though his work gives hope to the desperate masses of children on the streets of Mexico City, his efforts interfere with and infuriate the police--with dire consequences. Set in a deeply classist society and against the backdrop of the tragic destruction of the 1985 earthquake in Mexico City, the core of the story also revolves around the student's fear that Padre Chincha might be sexually abusing the children he rescues, at a time and place when such actions went unchecked by the Catholic Church. Though Angelitos: A Graphic Novel is a fictional retelling of a desperate time, it draws on autobiographical elements to tell the real-life story of Alejandro Garcia Duran de Lara, popularly known as Padre Chinchachoma, a complicated figure revered by some and reviled by others.

List of All Editions of Angelitos: A Graphic Novel