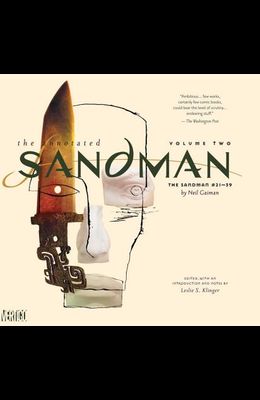 The second of five volumes, THE ANNOTATED SANDMAN collects issues 21-39 of Neil Gaiman's THE SANDMAN, with annotations by Leslie Klinger (The Annotated Sherlock Holmes, The Annotated Dracula) to all of the historical and literary references contained in the series. This edition includes the now legendary SEASON OF MISTS storyline, as well as A GAME OF YOU. New York Times best-selling author Neil Gaiman's transcendent series SANDMAN is often hailed as the definitive Vertigo title and one of the finest achievements in graphic storytelling. Gaiman created an unforgettable tale of the forces that exist beyond life and death by weaving ancient mythology, folklore and fairy tales with his own distinct narrative vision. THE ANNOTATED SANDMAN is a must-have for any die-hard fan or newcomer to the series.

The Annotated Sandman Series In Order - By Neil Gaiman