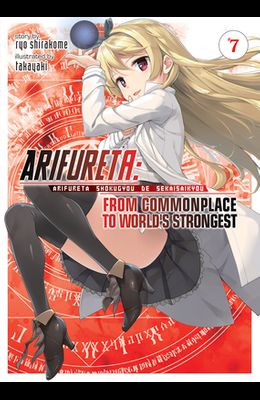 Book #7 in the Arifureta: From Commonplace to World's Strongest Manga Series
by
Ryo Shirakome and TakayaKi

THE EMPIRE AWAITS With the battle at the capital settled, Hajime's next destination is the Empire. Together with Liliana and Kouki, he takes to the skies with his newly built airship--only to discover that the Haulia have been fighting against both the empire and the demons, and that Verbergen has been sacked. Suddenly, Hajime has a new reason to head to Hoelscher's capital

Arifureta: From Commonplace to World's Strongest Manga Series In Order - By Ryo Shirakome