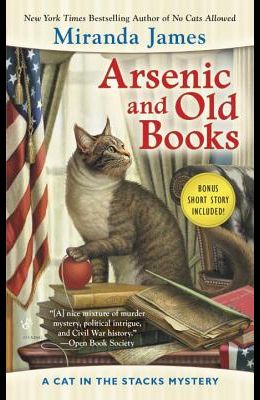 In this mystery in the New York Times bestselling series, librarian Charlie Harris and his cat Diesel have to battle a killer when a set of Civil War diaries inspires murder... Lucinda Beckwith Long, the mayor of Athena, Mississippi, has donated a set of Civil War-era diaries to the archives of Athena College. She would like librarian Charlie Harris to preserve and substantiate them as a part of the Long family legacy--something that could benefit her son, Beck, as he prepares to campaign for the state senate. Beck's biggest rival would like to get a look at the diaries in an attempt to expose the Long family's past sins. Meanwhile, a history professor is also determined to get her hands on the books in a last-ditch bid for tenure. But their interest suddenly turns deadly, leaving Charlie with a catalog of questions to answer. Together with his Maine Coon cat Diesel, Charlie must discover why the diaries were worth killing for before he too reaches his final chapter. INCLUDES A BONUS SHORT STORY