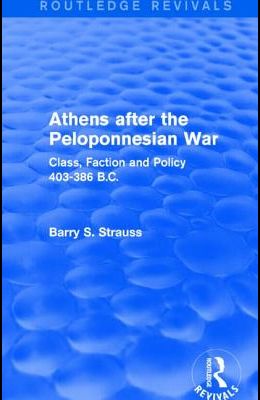 Historians are used to studying the origins of war. The rebuilding in the aftermath of war is a subject that - at least in the case of Athens - has received far less attention. Along with the problems of reconstructing the economy and replenishing the population, the problem of renegotiating political consensus was equally acute. Athens after the Peloponnesian War , first published in 1986, undertakes a radically new investigation into the nature of Athenian political groups. The general model of 'faction' provided by political anthropology provides an indispensable paradigm for the Athenian case. More widely, Professor Strauss argues for the importance of the economic, social and ideological changes resulting from the Peloponnesian War in the development of political nexus. Athens after the Peloponnesian War offers a detailed demographic analysis, astute insight into political discourse, and is altogether one of the most thorough treatments of this important period in the Athenian democracy.