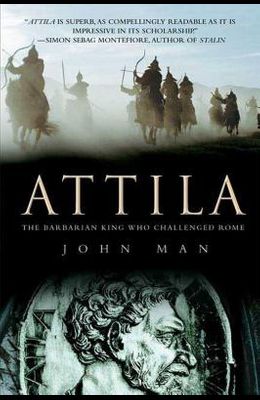 A stunning biography of history's most infamous warlord, Attila the Hun For a crucial twenty years in the early fifth century, Attila held the fate of the Roman Empire and the future of all Europe in his hands. He created the greatest of barbarian forces, and his empire briefly rivaled Rome's. In numerous raids and three major campaigns against the Roman Empire, he earned himself an instant and undying reputation for savagery. But there was more to him than mere barbarism. Attila was capricious, arrogant, brutal, and brilliant enough to win the loyalty of millions. In the end, his ambitions ran away with him. He did not live long enough to found a lasting empire--but long enough to jolt Rome toward its final fall. In this riveting biography, masterful storyteller John Man draws on his extensive travels through Attila's heartland and his experience with the nomadic traditions of Central Asia to reveal the man behind the myth.