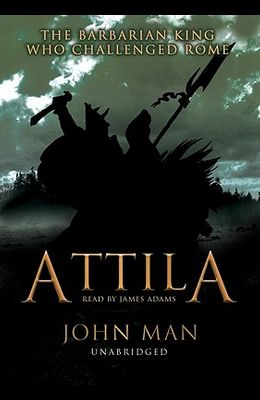 by
John Man and James Adams

In the years AD 434-454, the fate of Europe hung upon the actions of one man: Attila, king of the Huns. The decaying Roman Empire still stood astride the Western World, but it was threatened by a new force, the much-feared barbarian hordes. Attila was the one-man wrecking ball that helped put the final boot into Rome's decaying splendor. Today, Attila remains the most enduring bogeyman in history, his name a byword for barbarism, savagery, and violence. Masterful storyteller John Man brings to life this marauding figure of the battlefield. His descriptions of the Huns' grotesque techniques of impaling enemies and unruly family members will leave you with curled toes and crossed legs. Packed with many new insights, Attila is a riveting work of historical scholarship that reads like an adventure story.