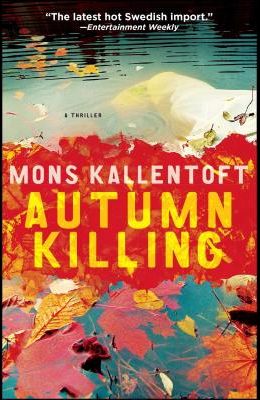 Book #3 in the Malin Fors Series
by
Mons Kallentoft

Police superintendent Malin Fors returns in this chilling third novel from the critically acclaimed author of Midwinter Blood, the first in the series and a splendid representative of the Swedish crime novel, in all its elegance and eeriness (Booklist, starred review). Autumn rains are pouring down on the Swedish countryside, but it's the discovery of a brutally stabbed body floating facedown in the moat of Skogsa Castle that chills one town to the bone. Jerry Petersson, the castle's new owner and a notoriously ruthless lawyer and entrepreneur, is now, shall we say, permanently out of business. Meanwhile, Malin Fors, the brilliant but flawed star of the local police force, is already struggling to keep her life together following the recent murder attempt on her teenage daughter, Tove. Now, as the Petersson case forces Malin to delve deep into her town's history and her own family's past, the secrets she uncovers threaten to drown her, too.