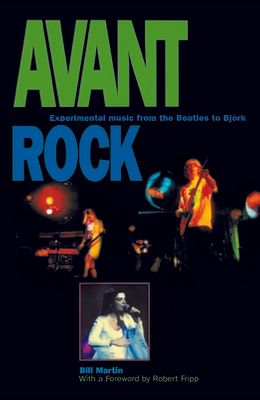 Avant Rock: Experimental Music from the Beatles to Bjork

Is avant-garde rock music a contradiction in terms? Avant-garde trends emerged through the cultural and political upheavals of the 1960's, and acquired a new focus in the later Beatles, drawing upon many sourcees outside of rock, from John Cage to Cecil Taylor. In this fresh and challenging look at avant rock, Bill Martin outlines the entire phenomenon, from Yoko Ono, King Crimson, and Velvet Underground through the dynamic of progressive rock and punk in the 1970's and the watershed work of Brian Eno, to contemporary figures who continue to push the boundaries of rock: Sonic Youth, Stereolab, Merzbow, Bjork, Jim O'Rourke and many others.

List of All Editions of Avant Rock: Experimental Music from the Beatles to Bjork