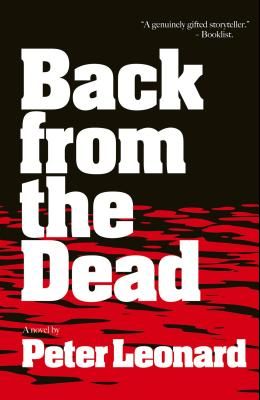 Back from the Dead

Book #2 in the Harry Levin Series
by
Peter Leonard

Peter Leonard s jaw-dropping VOICES OF THE DEAD introduced us to two mortal enemies: Holocaust survivor Harry Levin and Nazi death angel Ernst Hess. Now, their struggle reaches its dramatic conclusion in BACK FROM THE DEAD. Bahamas, 1971. Ernst Hess, missing and presumed dead, regains consciousness to find himself stuck in a hospital bed on a strange ward in a foreign country. He must do what he needs to do to get his life back and to finish the job he has been doing for decades. Harry believes he has already stopped Hess. When he finds out that the war criminal has somehow survived, Harry must do the only thing he can do kill Hess again even if it means crossing continents and putting his life and the lives of those that matter to him on the line. Action-packed and darkly humorous, BACK FROM THE DEAD is the unforgettable conclusion to a story that launches Peter Leonard into the pantheon of great suspense novelists.