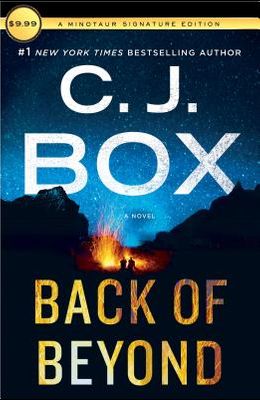 Book #1 in the The Highway Quartet Series
by
C J Box
$8.18
Select Format

Edgar Award-winning and New York Times bestselling author C.J. Box delivers a thriller about a troubled cop trying to save his son from a killer in Yellowstone, now reissued with additional bonus content including an introduction from the author. Cody Hoyt, while a brilliant cop, is an alcoholic struggling with two months of sobriety when his mentor and AA sponsor Hank Winters is found burned to death in a remote mountain cabin. At first it looks like the suicide of a man who's fallen off the wagon, but Cody knows Hank better than that. Sober for fourteen years, Hank took pride in his hard-won sobriety and never hesitated to drop whatever he was doing to talk Cody off a ledge. When Cody takes a closer look at the scene of his friend's death, it becomes apparent that foul play is at hand. After years of bad behavior with his department, he's in no position to be investigating a homicide, but this man was a friend and Cody's determined to find his killer. When clues found at the scene link the murderer to an outfitter leading tourists on a multi-day wilderness horseback trip into the remote corners of Yellowstone National Park--a pack trip that includes his son Justin--Cody is desperate to get on their trail and stop the killer before the group heads into the wild. Among the tourists is fourteen-year-old Gracie Sullivan, an awkward but intelligent loner who begins to suspect that someone in their party is dangerous. In a fatal cat and mouse game, where it becomes apparent the murderer is somehow aware of Cody's every move, Cody treks into the wilderness to stop a killer hell bent on ruining the only thing in his life he cares about. Back of Beyond is a Kirkus Reviews Best of 2011 Mysteries title. Praise for Back of Beyond One of the most suspenseful wilderness thrillers since Deliverance . And Box's characters are so real that you want to reach out and shake their hands or flee from them as fast as you can. -- Associated Press Terrifically entertaining stuff that comes together with a bang in the end. -- Kirkus Reviews Timeless, gripping. It resembles and Agatha Christie whodunnit but with horses, bears, wolves and hunting rifles. -- Publishers Weekly A perfect introduction to the novels of C.J. Box. -- Booklist If Box isn't already on your list, put him there. -- USA Today One of the best mysteries of 2011 . -- Seattle Times

The Highway Quartet Series In Order - By C J Box

Books similiar to Back of Beyond