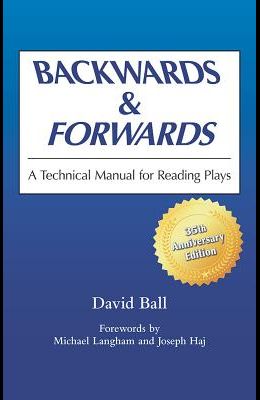 The best-selling script analysis book for thirty-five years Considered an essential text since its publication thirty-five years ago, this guide for students and practitioners of both theater and literature complements, rather than contradicts or repeats, traditional methods of literary analysis of scripts. Ball developed his method during his work as literary director at the Guthrie Theater, building his guide on the crafts playwrights of every period and style use to make their plays stageworthy. The text is full of tools for students and practitioners to use as they investigate plot, character, theme, exposition, imagery, conflict, theatricality, and the other crucial parts of the superstructure of a play. Also included are guides for discovering what the playwright considers a play' s most important elements, thus permitting interpretation based on the foundation of the play rather than its details. Using Shakespeare's Hamlet as illustration, Ball assures a familiar base for clarifying script-reading techniques as well as exemplifying the kinds of misinterpretation readers can fall prey to by ignoring the craft of the playwright. Of immense utility to those who want to put plays on the stage (actors, directors, designers, production specialists) Backwards & Forwards is also a fine playwriting manual because the structures it describes are the primary tools of the playwright.

List of All Editions of Backwards & Forwards: A Technical Manual for Reading Plays