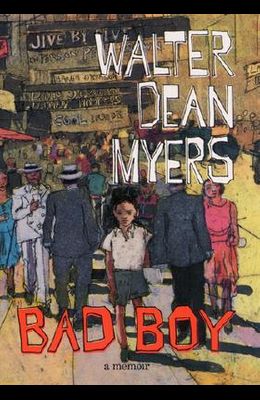 From the Back Cover In his own words... As a boy, Walter Dean Myers was quick-tempered and physically strong, always ready for a fight. He also read voraciously-he would check out books from the library and carry them home, hidden in brown paper bags in order to avoid other boys' teasing. He aspired to be a writer. But growing up in a poor family in Harlem, his hope for a successful future diminished as he came to realize fully the class and racial struggles that surrounded him. He began to doubt himself and the values that he had always relied on, attending high school less and less, turning to the streets and his books for comfort. In a memoir that is gripping, funny, and ultimately unforgettable, Walter Dean Myers travels back to his roots in the magical world of Harlem during the 1940s and 1950s. Here is the story of one of the strongest voices in young people's literature today.