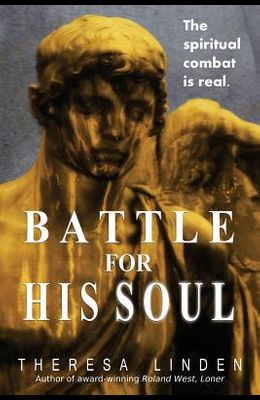 Battle for His Soul

1st-place winner of 2017 Catholic Press Association Teen & YA Book Award Jarret West, a rich teenage boy, has been accustomed to having control over others and getting his way. When his life begins to fall apart, his guardian angel Ellechial hopes now is the time for his conversion. Jarret must be freed from the deep clutches of Deth-kye, the demon bent on seeing him in hell. The fate of several others depends upon Jarret's conversion. While Jarret gets ensnared in Deth-kye's traps, Ellechial can provide little help since Jarret doesn't pray, doesn't believe, and hasn't listened to him in years. Ellechial hopes Jarret's twin brother, who has recently found God, will be able to influence him. But Jarret goes on vacation with his father and younger brother where temptations only increase. Meanwhile, Jarret's twin and other teens form a prayer group and begin to pray before the Blessed Sacrament unaware of the power they provide the angels. Though Ellechial gains strength, Deth-kye wins victory after victory. His weapons: emotion, vice, and memories. Who will win the battle for Jarret's soul?

West Brothers Series In Order - By Theresa A Linden