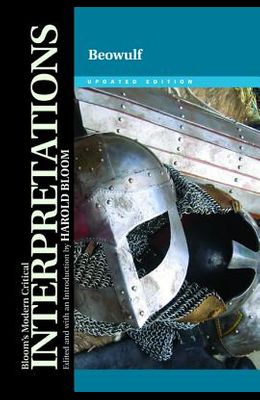 Composed about CE 1000, Beowulf is the longest known poem written in Old English. Considered one of the great epics, the Anglo-Saxon saga relates the heroic deeds of the warrior Beowulf, who kills the man-eating monster Grendel, and the monster's mother. Containing touches of Christian and pagan symbolism, Beowulf is the source of many medieval and Renaissance legends. It also influenced J.R.R. Tolkien, and helped spawn the fantasy genre so popular today in literature and film. Arm students for immersion in the study of this mythic adventure with Bloom's Modern Critical Interpretations. Newly updated, Beowulf includes full-length, interpretive essays that provide expert commentary, as well as introductions, a chronology, notes on the contributors, and a bibliography.