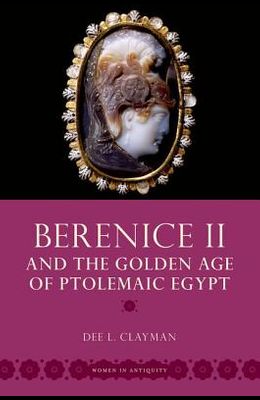 Berenice II and the Golden Age of Ptolemaic Egypt

Part of the Women in Antiquity Series
by
Dee L Clayman

Berenice II (c. 264-221 BCE), daughter of King Magas of Cyrene and wife of Ptolemy III Euergetes, came to embody all the key religious, political, and artistic ideals of Ptolemaic Alexandria. Though she arrived there nearly friendless, with the taint of murder around her, she became one of the most accomplished and powerful of the Macedonian queens descended from the successors of Alexander the Great. She was at the center of a group of important poets and intellectuals associated with the Museum and Library, not the least of which was Callimachus, the most important poet of the age. These men wrote poems not just for her, but about her, and their eloquent voices projected her charisma widely across the Greek-speaking world. Though the range of Berenice's interests was impressive and the quantity and quality of the poetry she inspired unparalleled, today she is all but known. Assimilating the scant and scattered evidence of her life, Dee L. Clayman presents a woman who was more powerful and fascinating than we had previously imagined. Berenice II and the Golden Age of Ptolemaic Egypt offers a portrait of a woman who had access to the cultural riches of both Greece and Egypt and who navigated her way carefully through the opportunities and dangers they presented, ultimately using them to accrue unprecedented honors that were all but equal to those of the king.

Women in Antiquity Series In Order - By Dee L Clayman