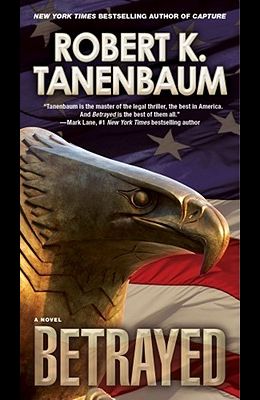 Book #22 in the Butch Karp Series
by
Robert K Tanenbaum

From the dark fantasies of a sexual underworld to the darkest realities of a terrorist conspirator, New York Times bestselling author Robert K. Tanenbaum draws District Attorney Butch Karp deep into a combustible courtroom game of politics, power, lies, and murder. Awaiting trial in the Tombs, Manhattan's infamous criminal detention complex, is Sharif Jabbar, the demagogic founder of a Harlem mosque. Charges against his terrorist attack on the city were dismissed once, and now that the Islam convert is being held on new allegations, New York District Attorney Roger Butch Karp is determined to bring him down. He faces formidable competition. Attorney Megan O'Dowd, a radical activist enthralled with revolutionary rhetoric, is going to the mat with the uncompromising conviction that Jabbar is being railroaded by the NYPD. Outside the criminal courts, Karp's wife, Marlene Ciampi, is pursuing her own investigation. Allegations against indigent Manhattan street vendor Dirty Warren in the murder of society beauty Michelle Oakley don't sit right with Marlene. Unfortunately her sole ally is religious vigilante David Grale, the charismatic but deranged leader of the Mole People. What Grale knows about city corruption snakes as far and wide as the dank honeycomb of the sewers and tunnels his destitute army calls home. Then Marlene discovers an unexpected-- and ugly--parallel between the Oakley murder and the disappearance of another debutante: a treacherous underworld of upscale call girls and the price paid for indulging the wealthiest of men. As she explores these sordid truths, Butch Karp navigates his own tortured waters. What he soon discovers is that everyone, from the conspiratorial Jabbar and O'Dowd to the city's most powerful, unimpeachable players--has a secret that could either set them free or cost them more than they ever feared. With more than twelve million copies of his books in print, Robert K. Tanenbaum continues to rivet readers to their seats with the kind of explosive thrillers that have made him a writer worth knowing ( Washington Post ).