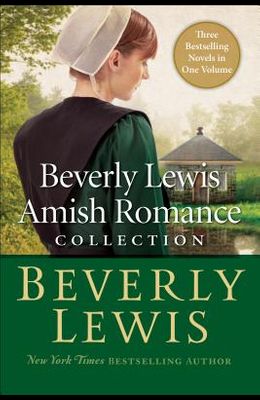 From the Back Cover Three bestselling novels of romance, set deep in the heart of Amish country . . . &#9; The Bridesmaid --Joanna Kurtz has made several trips to the altar, but never as a bride. Her long-running correspondence with Eben Troyer gives her hope she won't be a maidel , but his responsibilities have kept him tied to the family farm in faraway Indiana. Dare she keep waiting on him, and miss any chance of romance closer to home? The Secret Keeper --Jennifer Burns shocks her family and friends when she bids farewell to her modern life in favor of the Old Order Amish world. But moving to Hickory Hollow also causes a stir among the People--one handsome Amishman in particular--leading Jenny to wonder if her heart was as prepared for the change as she had imagined. The Photograph --When Lily Esch disappears, her sister Eva fears she has been wooed away from the People. When an Amish buggy maker from Ohio shows up in Eden Valley with a photo of a Plain young woman, Eva feels powerfully drawn to the charming stranger--but the woman in the forbidden photograph is no stranger at all.