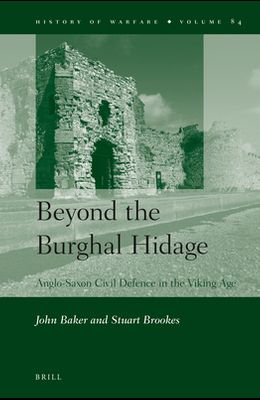 Beyond the Burghal Hidage: Anglo-Saxon Civil Defence in the Viking Age

by
John Baker and Stuart Brookes

As the title suggests, Beyond the Burghal Hidage takes the study of Anglo-Saxon civil defence away from traditional historical and archaeological fields, and uses a groundbreaking interdisciplinary approach to examine warfare and public responses to organised violence through their impact on the landscape. By bringing together the evidence from a wide range of archaeological, onomastic and historical sources, the authors are able to reconstruct complex strategic and military landscapes, and to show how important detailed knowledge of early medieval infrastructure and communications is to our understanding of Anglo-Saxon preparedness for war, and to the situating of major defensive works within their wider strategic context. The result is a significant and far-reaching re-evaluation of the evolution of late Anglo-Saxon defensive arrangements. Winner of the 2013 Verbruggen prize, given annually by De Re Militari society for the best book on medieval military history.